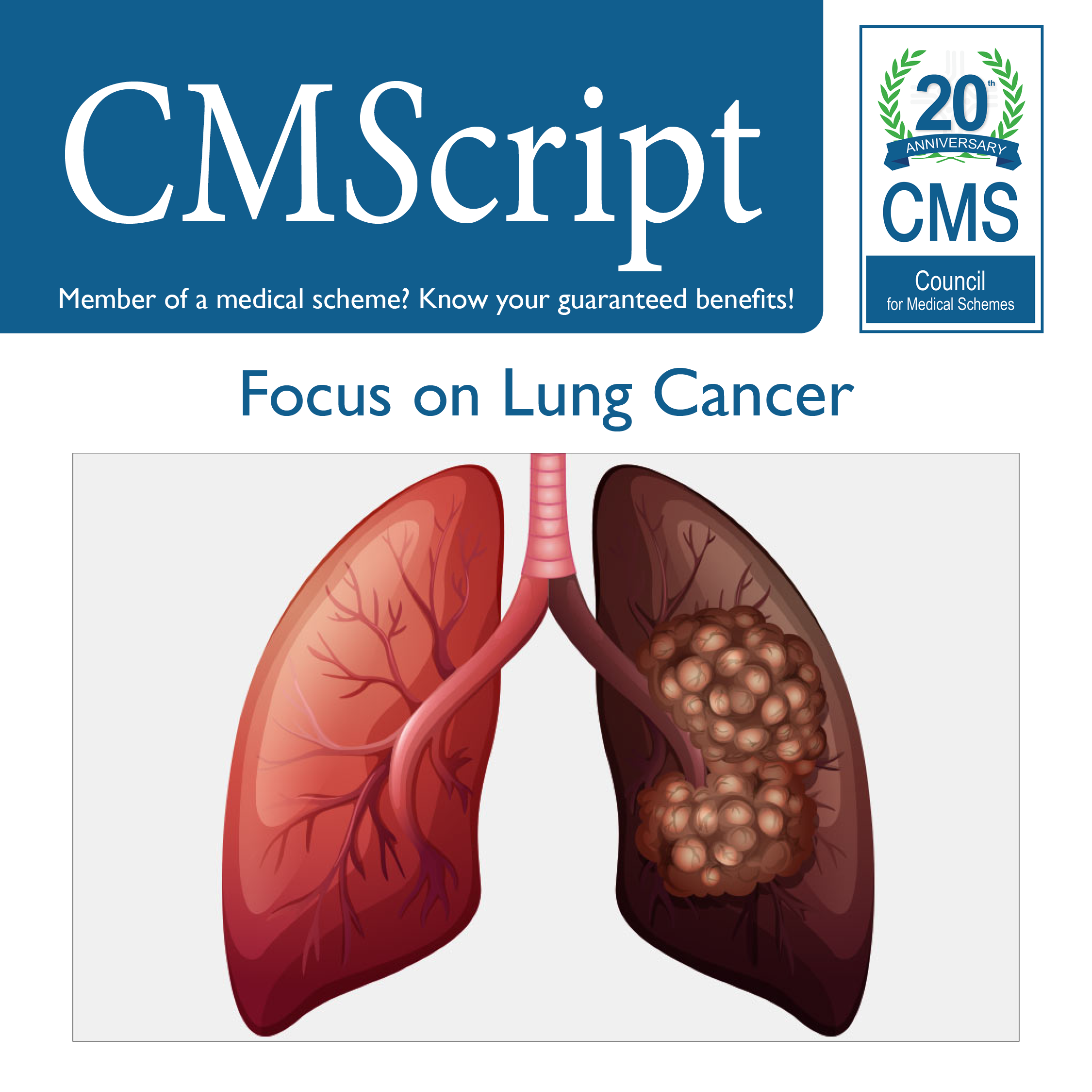 Lung cancer develops when lung cells grow uncontrollable and abnormal. These cells then grow into a mass or tumour and may invade surrounding tissues and organs. They may also spread to other parts of the body. In 2018, more than 2 million new cases of lung cancer were reported worldwide. In the same year, almost 1.8 million lung cancer deaths occurred worldwide, and this figure represents 18.4% of all cancer related deaths.

According to the PMB regulation, treatable cancers are defined as follows:

PMB level of care for DTP code 950D, medical schemes must fund for the “medical and surgical management, which includes chemotherapy and radiation therapy” as specified for DTP code 950D. The medical schemes must pay for PMBs’ diagnosis, treatment, and care according to the PMB Regulations irrespective of the member’s plan type. Screening with a CT scan is not a PMB level of care.

The Council for Medical Schemes has published the PMB Definition Guidelines for small lung cancer, non-small cancer, and mesothelioma. These provide detailed information on the tests and treatment options that are PMB level of care and those that are not.